Known for its idyllic beaches, smoking volcanoes, and unearthly komodo dragons, exploring Indonesia is like dreaming with eyes open.

Nestled in between the Indian and Pacific oceans, Indonesia is a melting pot of colour and culture. It’s an island nation that sits bang in the middle of the ancient trading routes between the Far East, South Asia, and Middle East, and has therefore acted as a canvas on which other cultures have made their mark.

The country is made up of a chain of thousands of volcanic islands, some still spewing ash and molten lava from their craters in the clouds. Yet in between centuries-wide eruptions, extreme nomads head for these hills to put their trekking skills to the test.

From the deepest jungle sanctuaries filled with tigers and orangutans to the sprawling city streets of the capital in Jakarta, life in Indonesia beats to its own vibrant rhythm.

Before you set of on your own Indo adventure, get to know the country a little better by brushing up on the most interesting facts about Indonesia. 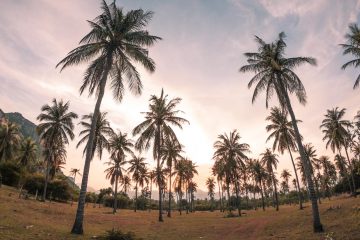 Adventurous 10 Day Bali Itinerary: Our Pick of the Top Adrenaline Sports in Bali

Looking for a 10 day Bali itinerary that features the island’s wilder side? And when we say wilder, we mean a little more palm trees and coconuts and a little less tequila slammers and topless dancers. Just FYI. NEWSFLASH: Bali is the stuff of an outdoor adventurer’s dreams. From diving Read more… 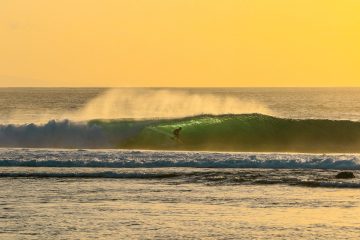 Monster Guide to Lombok Activities: 8 Epic Things to do Outdoors

8 Best Things to do Outdoors in Lombok, Indonesia Sandwiched between Bali and West Nusa Tenggara, Lombok is a breezy, tropical island bursting with potential for outdoor sports and adrenaline activities. Within the surfing community, Lombok already holds a reputation as one of the best surfing destinations in Asia. But big, badass waves Read more… 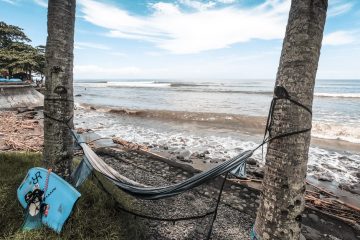 The Medewi surfing scene is dreamy. There’s no better antidote to the overcrowded lineups of Kuta and hectic streets of Canggu than Medewi. Just 2 and a half hours ride up the coast, the town is all mellow vibes, stunning scenery, and surf. Damn good surf. On the back of Read more… 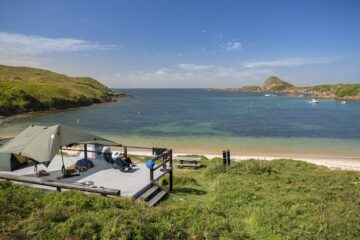 Looking at all the surf camps in Bali got your head in a spin? Here’s your one-stop-shop guide to choosing. If there’s one thing Bali has heeeella, it’s dudes with man buns / smoothie bowls / surf camps. But is it really any wonder? After all, Bali is undisputedly one Read more…

English (UK)
We use cookies to ensure that we give you the best experience on our website. If you continue to use this site we will assume that you are happy with it.OkPrivacy policy